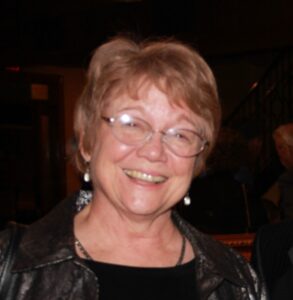 In her humble and modest manner, Thetis Cusimano was a trailblazer. She believed in good government, fairness, and treating people with respect and dignity. In her personal, professional, and civic engagement endeavors, she fought for what she believed.

In 1965, as a freshman student at ULL (then USL), Thetis was a member of the Young Ambassadors, a group of students working to ensure that desegregation extended to social and economic daily life. Although black and white students had been learning in classrooms together for several years, de facto segregation in campus housing was the norm. Disturbed and outraged by this practice, Thetis and an African American fellow member of the Young Ambassadors challenged the status quo. They requested to room together and despite some pushback from the administration, their room assignment was approved.

As a special education teacher, principal, and member of pupil appraisal services in the Lafayette Parish School System, Thetis championed the dignity of every child, and nurtured countless children of parents she never knew. She worked diligently to transition students with major developmental disabilities from the self-contained school at which she was principal to their neighborhood schools to be with peers their own age.

During the 1990’s membership in LWV-L declined dramatically, and LWV-L became less and less active.  In 2006, sitting around a kitchen table, Thetis and five others recognized the void created by the dormancy of LWV-L. In 2006-2007, with the support of LVWLA and two members of the existing league, Thetis and the kitchen table group began the renaissance of the league with a new board of directors and 12 members. She served as the first president of the board of directors of the reconstituted LWV-L and eventually served as president of LWVLA. She also served on and chaired various committees of LWV-L, LWVLA and LWVUS. Thetis always pushed members to work a little harder, dig a little deeper, and check facts. She opened her home for local and state meetings and was the consummate hostess. She welcomed out of town members as overnight guests when meetings were held in Lafayette and was known for making the best chicken salad.

Thetis was very smart, and the depth and breadth of her knowledge was amazing. She was always questioning and always prepared. She was passionate about many things. Her passion was so infectious one would find themselves becoming a part of a project even when they had no plans to do so. In large part because of Thetis’ commitment, positive spirit and energy, the league has once again gained recognition with its education and advocacy work in the community.

Kathleen Espinoza, fellow member of LWV-L and friend, put it best. “Thetis never stopped leading efforts to educate Lafayette on the many different aspects of Lafayette’s governing authorities and challenging those authorities when problems surfaced. Her tremendous intellect and sharp wit sustained so many of us in our advocacy. Thetis committed hours of her time to understand problems we were tackling, yet she rarely took credit for her efforts. I doubt there is a past or present elected official in Lafayette who has not received a letter or a phone call or a visit from Thetis.” At the time of her unexpected passing in January 2019, there were a few local hot button issues she was in the process of addressing. Her sites were also set on our congressional leadership to share her facts and opinions about the federal shutdown which was occurring at the time.

As Thetis’ son Chris stated when reflecting on his mother’s life, she “had no difficulty diving into the complexities of zoning laws, policy reforms for the betterment of public education, or the eye-crossing maze of issues involved in pension reform.  She was such a whirlwind of energy and determination that at one point she was found hobbling through the halls of the state legislature on a broken foot.  No one who knew her would be under the impression that a mere bone fracture could stop her from testifying in favor of desperately needed legal reforms.”

Thetis loved family. She cared about the families of her friends, coworkers and league members. She unconditionally loved her 6 children and beautiful granddaughters. And she was tremendously happy with the life she shared with her husband, Richard.

Thetis was friend and mentor to so many. She was relentless, judicious, intrepid, kind, and extremely generous with her time and support.  Lafayette is better for having shared her space, because in the words of Dr. Maya Angelou, she was truly a Phenomenal Woman.